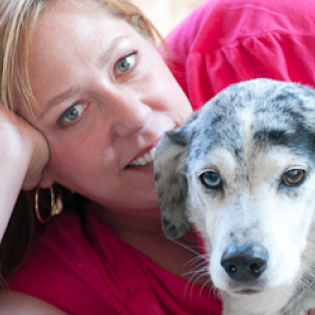 Meredith Minkin, CDBC, CBCC-KA, CPDT-KA, SDC is an internationally certified behavior consultant, a certified professional dog trainer and a certified service dog trainer. Meredith is a modern methods, reward-based trainer who works to minimize the use of aversive stimuli and maximize the effective use of reinforcers to modify animal behavior. Meredith is also a Fear Free Certified Professional. She is a graduate of Mount Holyoke College and completed her post-baccalaureate education at Tufts University. Currently, she is working on her Master’s Degree is Applied Animal Behavior.

Meredith was appointed by The Fulton County Board Of Commissioners to the Animal Control Hearing Board. She will serve the City of Atlanta and Fulton County as a professional expert, who will render advisory opinions involving pets that have been declared dangerous or potentially dangerous by an animal control officer.

Meredith is a creative problem-solver who works with dogs with severe behavior disorders e.g. phobias, separation anxiety, and aggression. She regularly conducts behavior evaluations of shelter dogs for rescue groups and local animal control agencies. She has rehabilitated abused and aggressive dogs, she has worked with service dogs, customs dogs, military dogs, and has even handled dogs in the confirmation ring.

Meredith has trained multiple species of animals including, dolphins, parrots, rats, chickens, guinea pigs, coyotes, wolves, and cats. In 2017, she completed an internship at Zoo Atlanta, and worked exclusively with the resident elephants, Kelly and Tara.

Meredith has worked with many celebrity clients including Usher, Emily Sailers from the Indigo Girls, Sean Mullins, Iggy Azalea, and Falcons’s offensive guard, Andy Levitre, just to name a few.

Meredith is currently a mentor for Victoria Stillwell’s Positively Trainers and CATCH Canine Trainers Academy. In addition, local dog trainers, behavior consultants, and veterinarians, attend her classes and seminars, and often refer their difficult behavior cases to her. Meredith works closely with Veterinarian Behaviorists. Several veterinarian students from Auburn University and the University of Georgia have completed externships in behavior with Meredith.

Meredith has worked with celebrity dog trainer, Victoria Stillwell and has appeared on the show, Its Me Or The Dog. Meredith has appeared on the cover of the Atlanta Journal Constitution with her Jack Russell Terrier, Bullet. She has lectured at the Atlanta Kennel Club, and several elementary schools as a pet expert. For the past four years, Meredith has worked with the District Attorney of Dekalb County to develop PAWS FOR THE CAUSE, an event focused on creating awareness for the abused and neglected animals of Dekalb County. Meredith continues to play an active role in animal advocacy, fund raising, and training for various animal welfare organizations in Atlanta. She has personally placed 1000+ dogs in responsible, loving homes over the past 18 years.

Meredith has experience as the Event and Fund-raising Coordinator for a non-profit 501(c)(3), no kill, rescue group whose main focus is to save high-risk animals from life on the streets, shelters and gas chambers. She has been a guest on the Animal Hour/1620 a.m. radio, has hosted interviews on WSB radio and Q-100. She has also appeared on Channel 2 and 11 speaking about the plight of homeless pets in Metro-Atlanta. She was also featured on CBS Atlanta’s morning show, Better Mornings Atlanta. She has also appeared on CNN, 11-Alive, and Fox News as a pet expert. http://www.cbsatlanta.com/video/22997085/index.html

In 2011 and 2012, Bullet was invited to race at the Purina Incredible Dog Challenge. Bullet has earned multiple titles, including "champion" in barn hunt, go-to-ground, super earth and lure coursing. She is the first dog in the United States to earn gold, silver and bronze metals in rally working trials.

In December 2013, Meredith became a Judge for Barn Hunt, LLC. She has previously judged Brush Hunt events for the Jack Russell Terrier Club of America.

Meredith is Pet Tech certified in CPR and First Aid.

In our Outdoor Reactive class, we tackle the ever-stimulating environment of taking your dog on walks or to the park.

Has Pre-requisite
Request a ConsultationSign Up

In just 6 weeks, your dog will be prepped for an Odor Recognition Test (NACSW) or a Novice Containers Title (AKC).

Has Pre-requisite
Request a ConsultationSign Up
View Full Schedule


© Your Canine PhD. All rights reserved.

Designed with  by Amanda Worthington